Installation of four subsea power cables in the North Atlantic

Installation of four subsea power cables in the North Atlantic

In the beginning of September 2015 MS Vina installed four new transmission cables at the Faroe Islands. All four lengths were installed over a period of only five days incl. eight pull-in operations on the rocked coastline. The installation also included both ROV-footage and Multibeam survey of the installed cables.
The power company Elfelagið SE on the Faroe Islands contracted JD-Contractor for the transportation and laying of 2 X 1,700 meters undersea cable in Skálafjørður and 2 X 1,500 meters undersea cable submarine Fuglafjørður, and transport of spare cable from Kalundborg to the Faroe Islands.
The cables were supplied by nkt-cables on drums at quayside in Kalundborg and loaded onboard M/V Vina equipped with among other reels, tensioner, chutes and ROV’s for cable installation. After the loading of cables Vina departed Kalundborg and arrived at site on the 4th of September.
Five days later in the afternoon on the 9th all cables were successfully installed at the two sites and handed over to Elfelagið SE. The scope of work including eight pull-in operations, four cable lay operation plus ROV & Multibeam survey was successfully completed in accordance with the developed RAMS, resulting in a fast and efficient cable installation with high focus on safety during the operations.
Good cooperation between Elfelagið SE, JD-Contractor and nkt-cables proofed to be a successfully combination for excellent and quick completion of the work, that also allowed for JD-Contractors crew to enjoy the unique and breathtaking nature on the Faroe Islands. 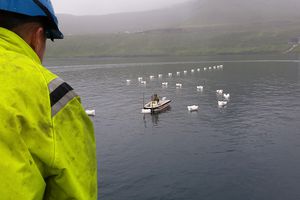 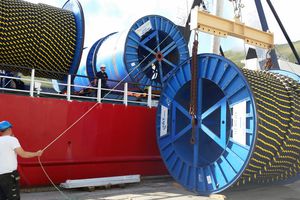 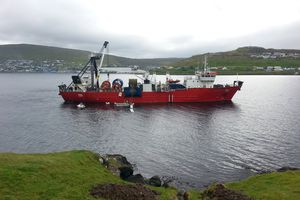 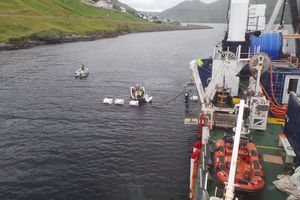 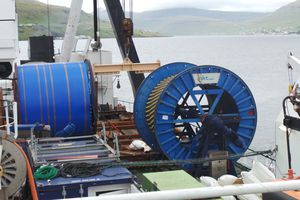 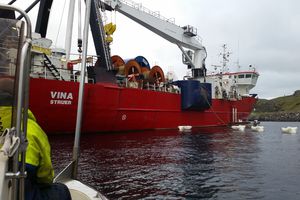 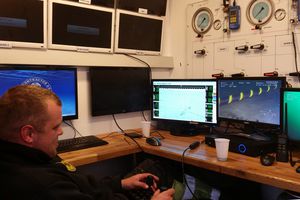 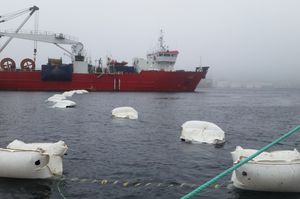