On Monday, 9th of July 2018, a fault occurred on TDC cable connection between Rødvig and Rønne (Bornholm). The cable is a Fiber Optic Cable and initial TDR measurements positioned the fault to approx. 17 km from Rønne, in water depths of approx. 45 m.
As part of JDC's agreement with TDC, JDC was called in to do a cable repair spread with supporting tug, equipment and personnel for the exact fault location and subsequently to carry out the repair and re-burial of the cable with divers.

As a part of the Emergency Response Plan, the cable owner TDC requested JD-Contractor to make an exact fault location and subsequent repair of the cable in the area, where TDR measurements indicated the damage to the cable, and where the fishing vessel had passed over the cable according to the AIS-track of the vessel.

After mobilizing with spare cable, jointers and jointing equipment at JD-Contractors Cable Depot in Kalundborg, CLV/DSV Cable One and T/B Naja arrived at the work site early in the morning on the 25th of July.

Initially a Multibeam Survey was conducted over the area of the expected fault location to identify markings on the seabed. A close analysis of the multibeam data revealed clear markings in the area after an expected trawl door passing the cable corridor, then getting caught on something and travelling parallel with the cable route for a while, before continuing north.

Consequently, Cable One was anchored above the cable and divers were deployed to locate the cable and the fault. Divers found the cable in the top layer (10-20 cm) of very soft sediment with damages to the coating and armouring of the cable. The cable was however not cut but remained in one piece.

The cable repair was commenced in the morning of the 26th of July, and on the 28th of July the last joint was completed and the cable was deployed to the seabed at a depth of 45, 9 metres. Subsequently the cable was put back in operations while the repaired section (450 m) was re-buried to minimum 1 m coverage.

Good cooperation between all parties involved contributed to a fast and efficient cable repair operation with focus on minimizing downtime on the cable, as well as high focus on safety during the operations. 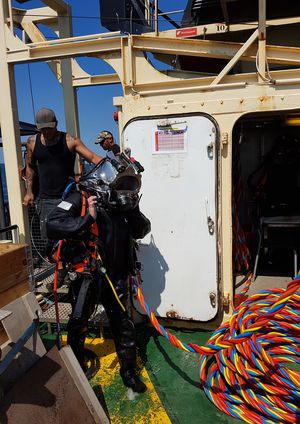 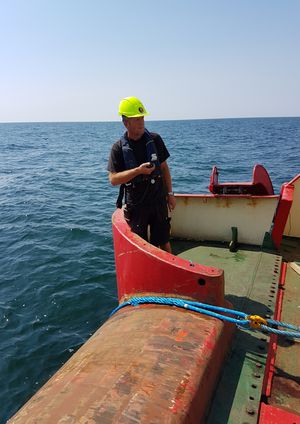 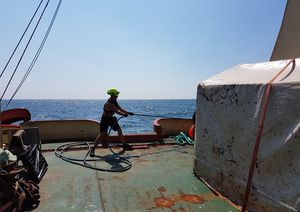 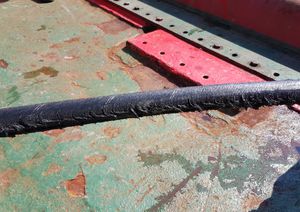 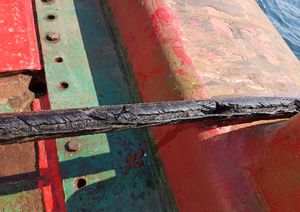 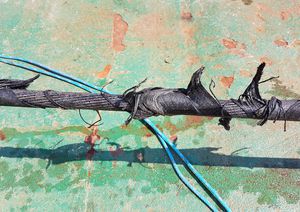 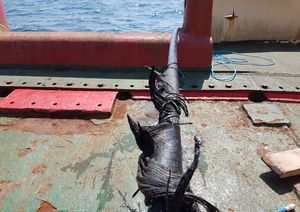 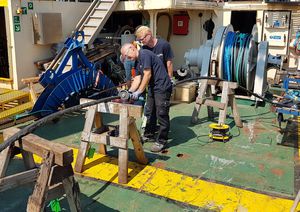 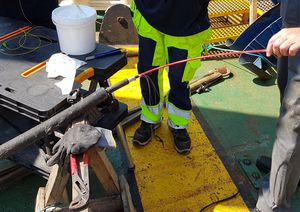 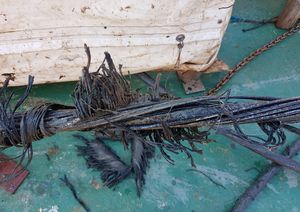 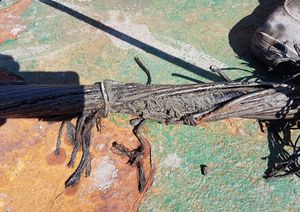 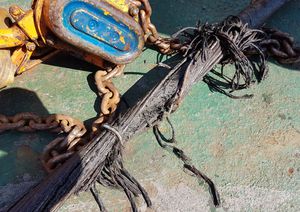