The Danish TSO Energinet.dk is responsible for the construction of the transformer platform that collect power from the offshore wind farm Horns Rev 3 and the export cable that connect the new substation to the power grid on land.
The transformer platform was installed just north of the two existing wind farms in May 2016 and the 33 km 220 kV submarine cable was installed during 10 days in June 2016. The submarine cable, with a diameter of about 28 centimetres and a weight per meter of 94 kg, was supplied and installed by ABB.
The Installation required the cooperation of several vessels.
ABB used the installation vessel “Topaz Installer” for installing the main part of the cable from the transformer platform to the surf zone. However, due to the challenging shallow water conditions, the cable was streamed approx. 3 kilometres from the shore line, and ABB subcontracted JD-Contractor and our Cable Laying Barge Henry P. Lading to recover the cable and then pull-it ashore.
The submarine cable was recovered and pulled ashore about 1.5 km north of Henne Strand in less than 24 hours during the 12th and 13th of June.
Solid cooperation between ABB, Energinet.dk, JD-Contractor and the MWS proved to be a successfull combination for the completion of the work, in accordance with the developed RAMS and within schedule.
This was the third pull-in of an export cable from an offshore windfarm on Horns Rev performed by Henry P. Lading and JD-Contractor. In 2008, a similar pull-in was performed with the export cable from Horns Rev 2, and back in 2001, Henry P. Lading and JD-Contractor performed the complete installation of the export cable for Horns Rev 1. 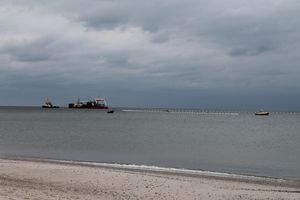 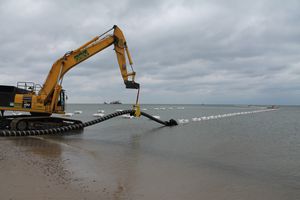 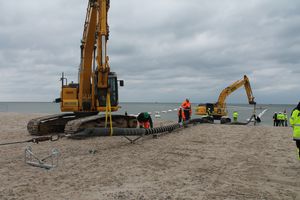 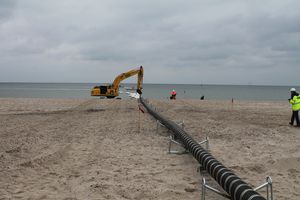 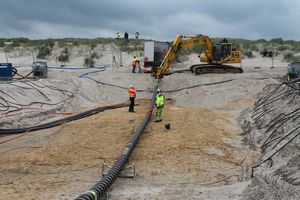 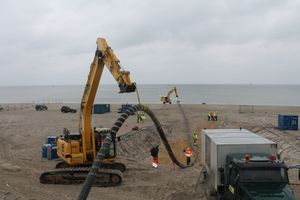