In April 2018 JD-Contractor together with Sea War Museum Jutland made the sensational discovery of the German submarine U-3523 from WWII.
The submarine was discovered during the continued registration of shipwrecks in the North Sea and Skagerrak.

Sea War Museum Jutland onboard our multipurpose survey vessel M/S Vina continues the elaborate mapping of all the possible wreck sites across the sea and it was when investigating such a possible wrecksite that we came upon the U-3523.

We have successfully registered and mapped more than 450 wrecks at sea and counting.

The German submarine U-3523, was sunk with depth charges in Skagerrak by a British B24-Liberator aircraft on May 6, 1945. Just the day before, the German forces in Denmark, Northwest Germany and Holland had surrendered, so the submarine was not engaged in battle, but was probably on its way to Norway. The U-3523 was of the new and highly advanced type XXI that could have revolutionized the submarine war if enough boats had been completed in due time. 118 boats were in the process of being build, but only two came into active service, and none was ever engaged in battle.

U-3523 appeared on the survey screen during the museum's scan of the seabed some ten miles north of Skagen, and the discovery was very surprising. Very unusually, the entire submarine bow is buried in the seabed while the stern is approximately 20 meters above the sea bottom. The wreck lies at 123 metres of water depth, making it very difficult to access.

You can watch a 3D-model video of the scan here below as well as a few pictures. 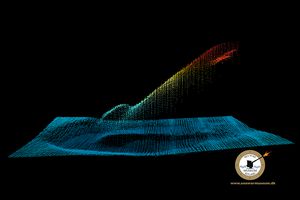 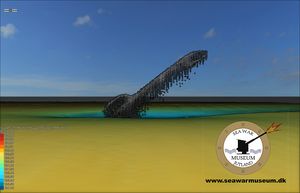 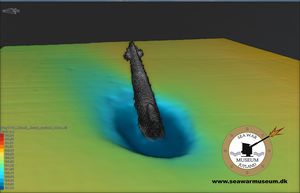 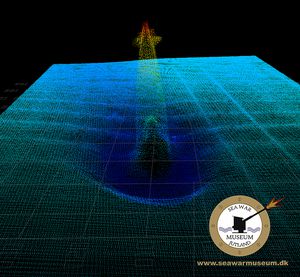 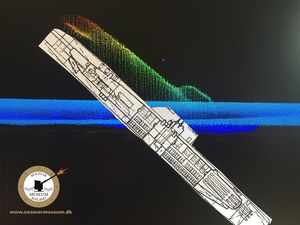 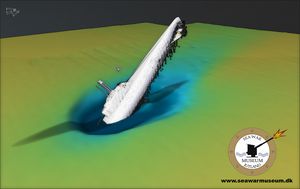 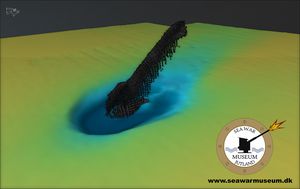 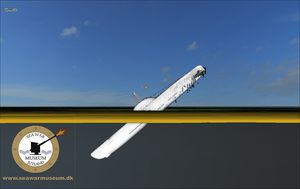 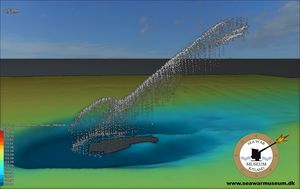 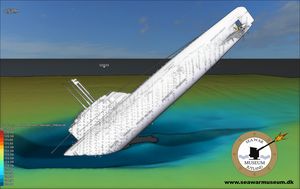