After 192 years at the bottom of the sea ”Cable One” has salvaged the rudder from the English line ship St. George. The recovery of the historic eight-and-a-half-ton rudder took several hours.
As the result of a run aground St. George lost its rudder in the autumn 1811. Provisionally repairs were made, but the loss left the ship with limited steering. Hence, the loss is considered one of the determining factors in the stranding of both HMS St. George and HMS Defence only weeks later. Over 1300 British seamen where killed in what is considered the biggest stranding catastrophe ever.
Today the wrecks are resting on the west coast of Jutland just outside the Danish fishing village Thorsminde. Together with the Danish National Museum and the “Strandingsmuseum St. George” JD-Contractor have recovered thousands of objects from the wrecks. The objects can be seen at "Stranding museum" in Thorsminde.
With its weight of eight-and-half-to 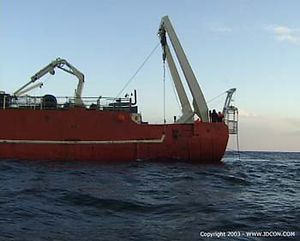 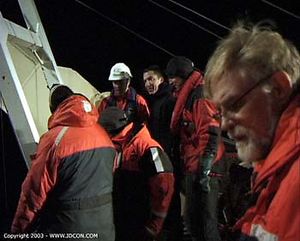 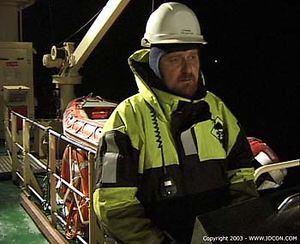 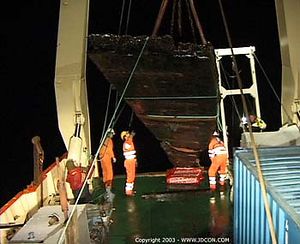 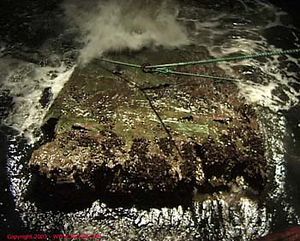