An expert team with a total of 27 participants from Sea War Museum Jutland and others has just returned from an expedition in the Baltic Sea onboard our JD-Contractor vessel M/V Sima.
The expedition located and filmed three unique and exceptionally well-preserved shipwrecks. The ships are thought to be well over 300 years old and are virtually untouched at the bottom of the sea.

The expedition was carried out in October by JD-Contractor in collaboration with Sea War Museum Jutland from Thyborøn and with the participation of experts from the National Museum of Denmark and others. JD-Contractor provided the offshore ship Sima and underwater robots with advanced technology,

The discoveries in the Baltic Sea are of an unprecedented calibre and have revealed hundreds of years old shipwrecks. All three shipwrecks stand like ghost ships almost unscathed on the seabed in total darkness at a depth of approximately 150 meters beyond the reach of modern fishing vessels.

’'It was fantastic to see the wrecks appear on the screen when we sent an underwater robot down to the seabed. The wrecks stood almost as they did the day they sank hundreds of years ago. I have been diving all my life and have examined hundreds of wrecks, but I have never seen anything like this. The ships stood as if they had just been abandoned,' says Gert Normann Andersen, expedition leader and director of Sea War Museum Jutland.

Please see our Press Release statement for further information on the expedition.

And also visit our download page, where you will find pictures from the expedition as well as extraordinary 3D photogrametry and ROV footage from the wreck together with a film from the expedtion produced by the UK TV production company Mallinson Sadler Productions 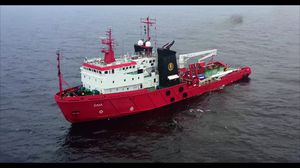 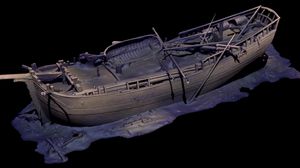 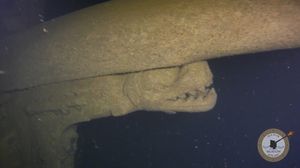