In the afternoon of the 23rd of December 2017 Energinet suffered a fault on the transmission cable to Bornholm in the Baltic Sea. This was the third time in 12 years that the transmission cable for Bornholm was damaged by an anchor during the Christmas period. Luckily the effects of this “Christmas Curse” was remedied in record time as a result of the Emergency Repair Framework agreement Energinet upholds with JD-contractor.

The connection fell out in the afternoon of the 23rd of December 2017, but it was not until the 25th that the sea cable was identified as the cause. Hence, JD-CONTRACTOR was alerted in the afternoon of the 25th and already on the 26th “CLV Cable One” was mobilized and headed towards work site to locate the fault and perform a cut & seal operation.

On the 27th CLV Cable One managed to locate and document that the fault was caused by an anchor being dragged across the cable, and on the 28th approximately 2.450 m of damaged sea cable was cut out and the cable ends were sealed off and made ready for the subsequent repair.

With the fault located and the scope clarified JD-CONTRACTOR initiated the detailed planning and engineering of the repair. Given the location and the prevailing weather conditions at this time of year, it was decided to mobilize a large offshore spread for the repair. Hence, over a period of a little less than four days the Offshore Vessel “Havila Subsea” was mobilized in Kalundborg by JD-Contractor for the repair with reels, tensioners, jointing habitat, chutes, ROV’s etc. to perform the cable repair. Equipment and personnel from NKT was also called in to perform the jointing of the subsea cable.

On the 6th of January Havila Subsea departed towards site and the repair of the cable was subsequently initiated with the insertion of the first joint on the 7th of January. Approximately 2,5 km of spare cable were laid out and the second joint was deployed to the seabed in the morning of the 11th of January.

Less than 19 days after the fault occurred and 17 days after callout the scope of work was successfully completed in accordance with the developed RAMS, resulting in a fast and efficient cable repair operation with focus on minimizing downtime on the cable, as well as high focus on safety during the operations.

This was only possible due to very quick responses, innovative engineering and good cooperation between all participating parties. Hence, good cooperation between Energinet, JD-Contractor, NKT and Survey Association once again proved to be a successful combination for the completion of a cable repair. This can largely be credited to Energinet for having Framework Agreements in place so that engineering, planning and execution could be initiated instantly. 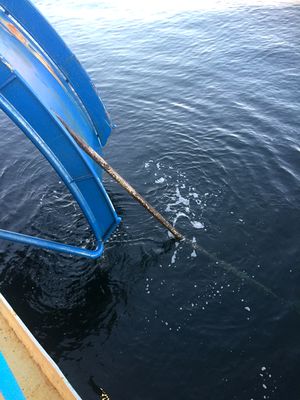 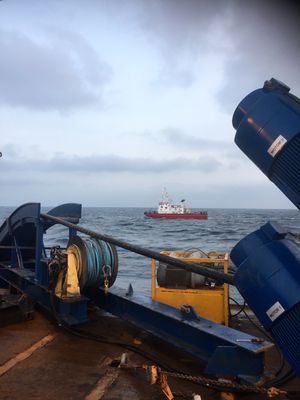 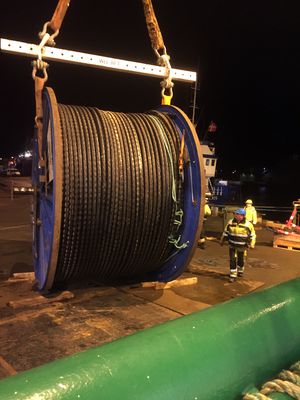 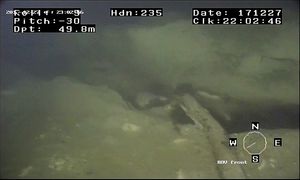 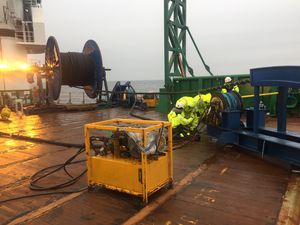